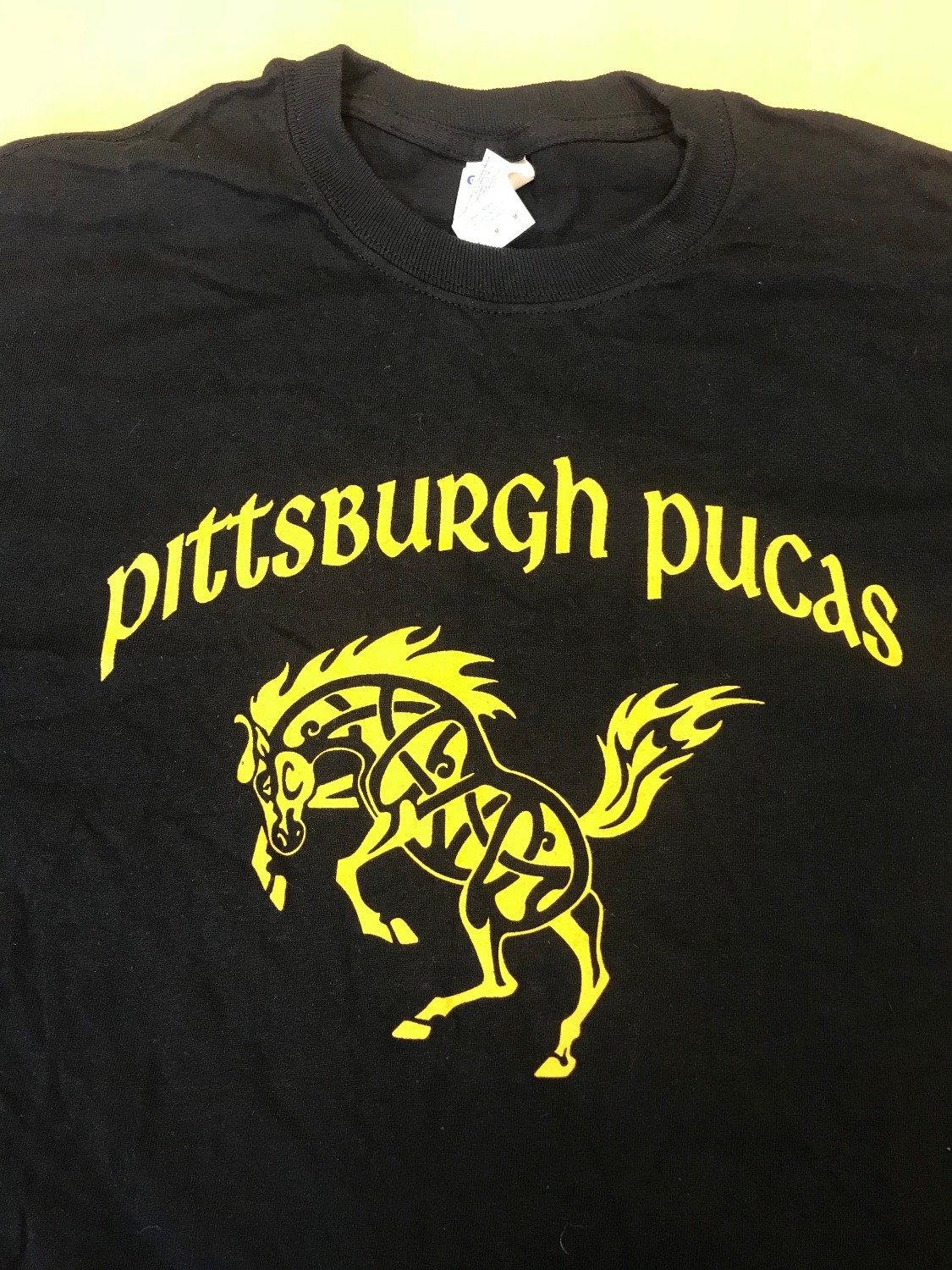 Black shirt with the famous Puca on the front and the supporters on the back!

What is a Puca you ask?

The Púca is a creature of Irish folklore. Considered to be bringers both of good and bad fortune, they could either help or hinder rural and marine communities. The creatures were said to be shape changers which could take the appearance of black horses, goats and rabbits. Old people used to say that the Púcas were very numerous long ago, were wicked-minded, black-looking, bad things that would come in the form of wild colts, with chains hanging about them. The púca has the power of human speech, and has been known to give advice and lead people away from harm. Though the Púca enjoys confusing and often terrifying humans, it is considered to be benevolent.

Save this product for later